Yeah!! After being trapped in scaffolding for three days the living room is painted!

I was really nervous day one but come day two I was scaling the scaffolding like a pro. Then I fell. I’m alright but there isn’t anything better than a good 5-6’ fall to smack some fear back into a person. Respect the scaffolding! 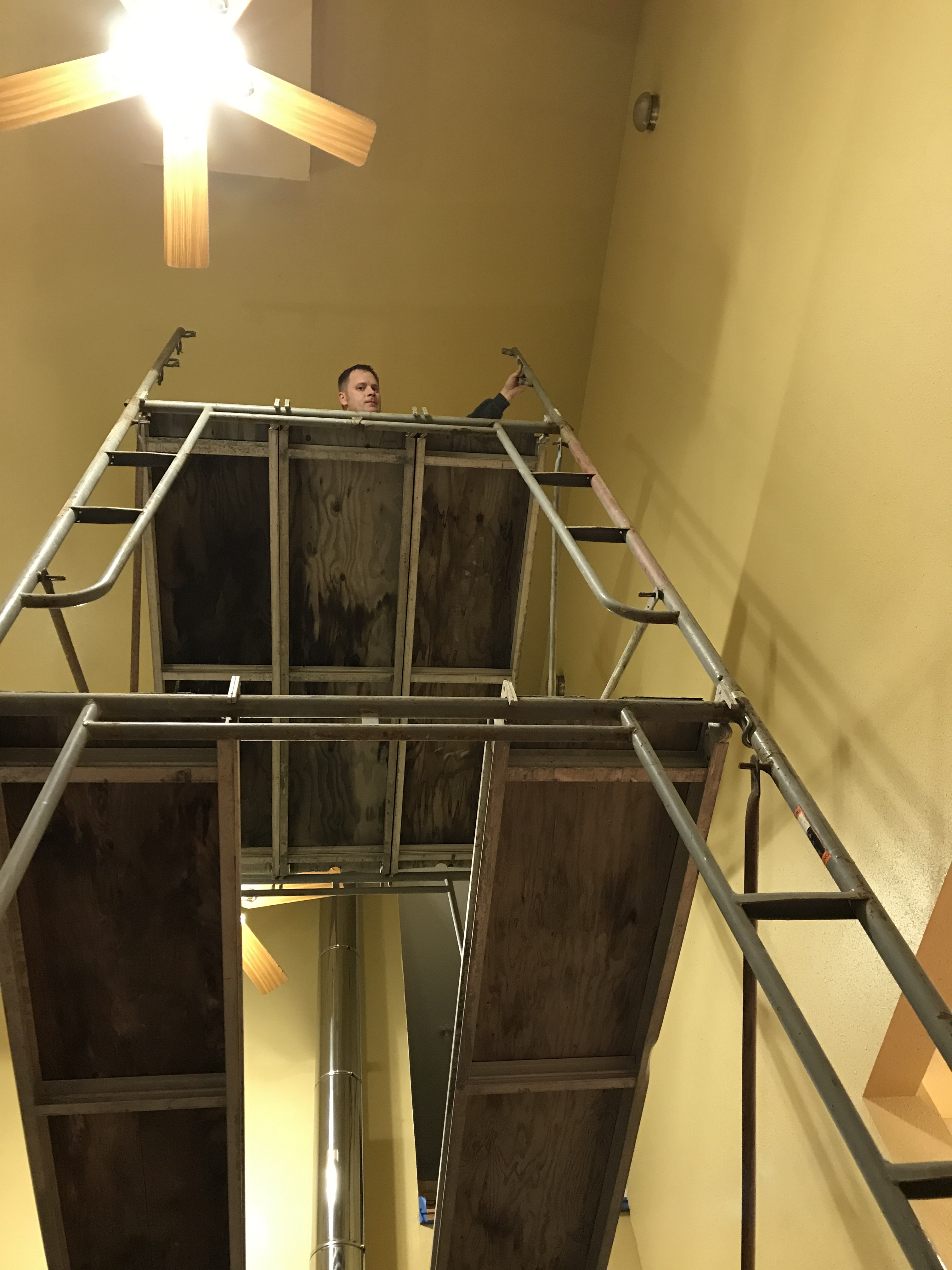 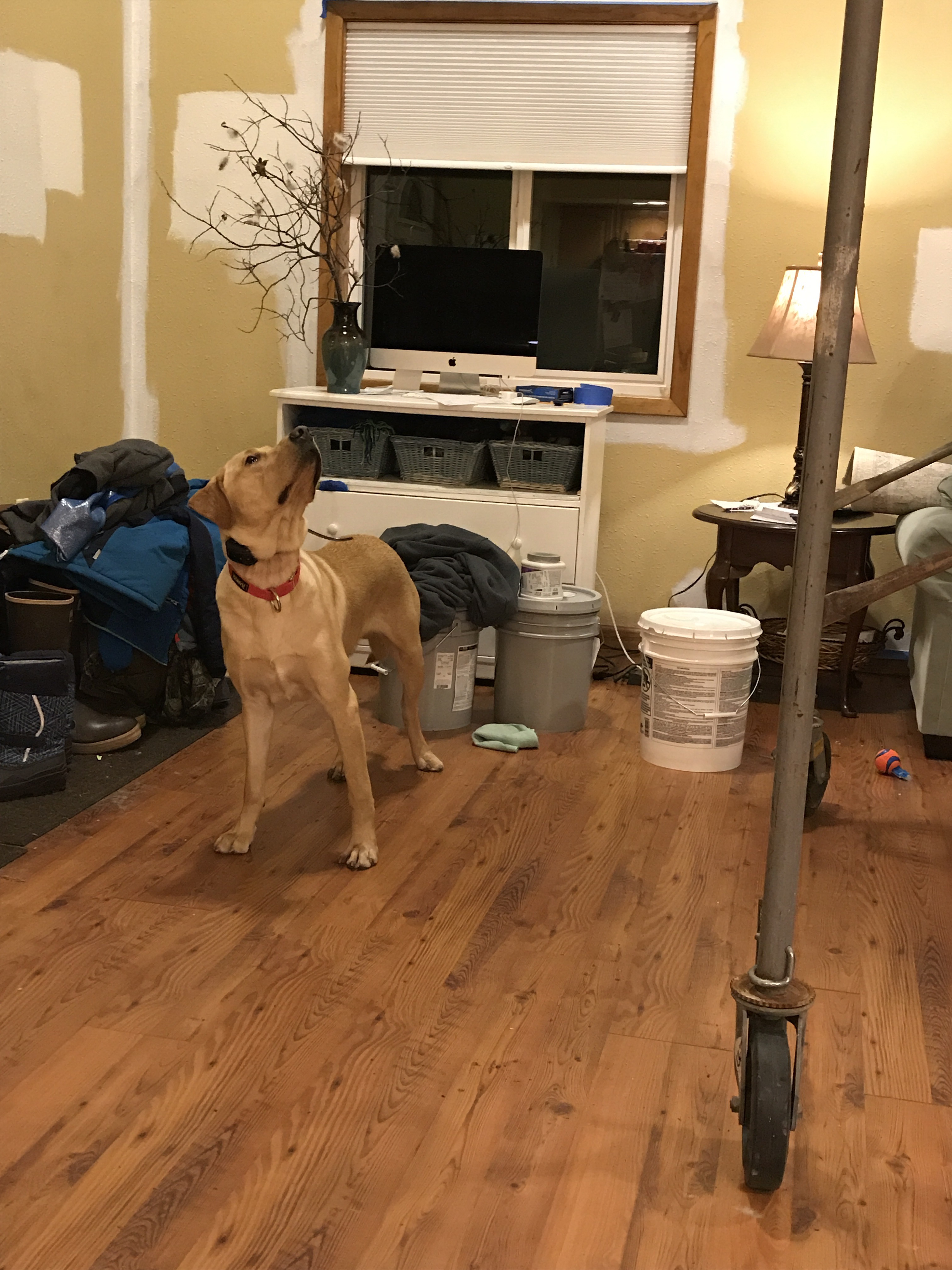 Scott got the scaffolding set up for me with a little help from ground support. The next morning I was ready to go. 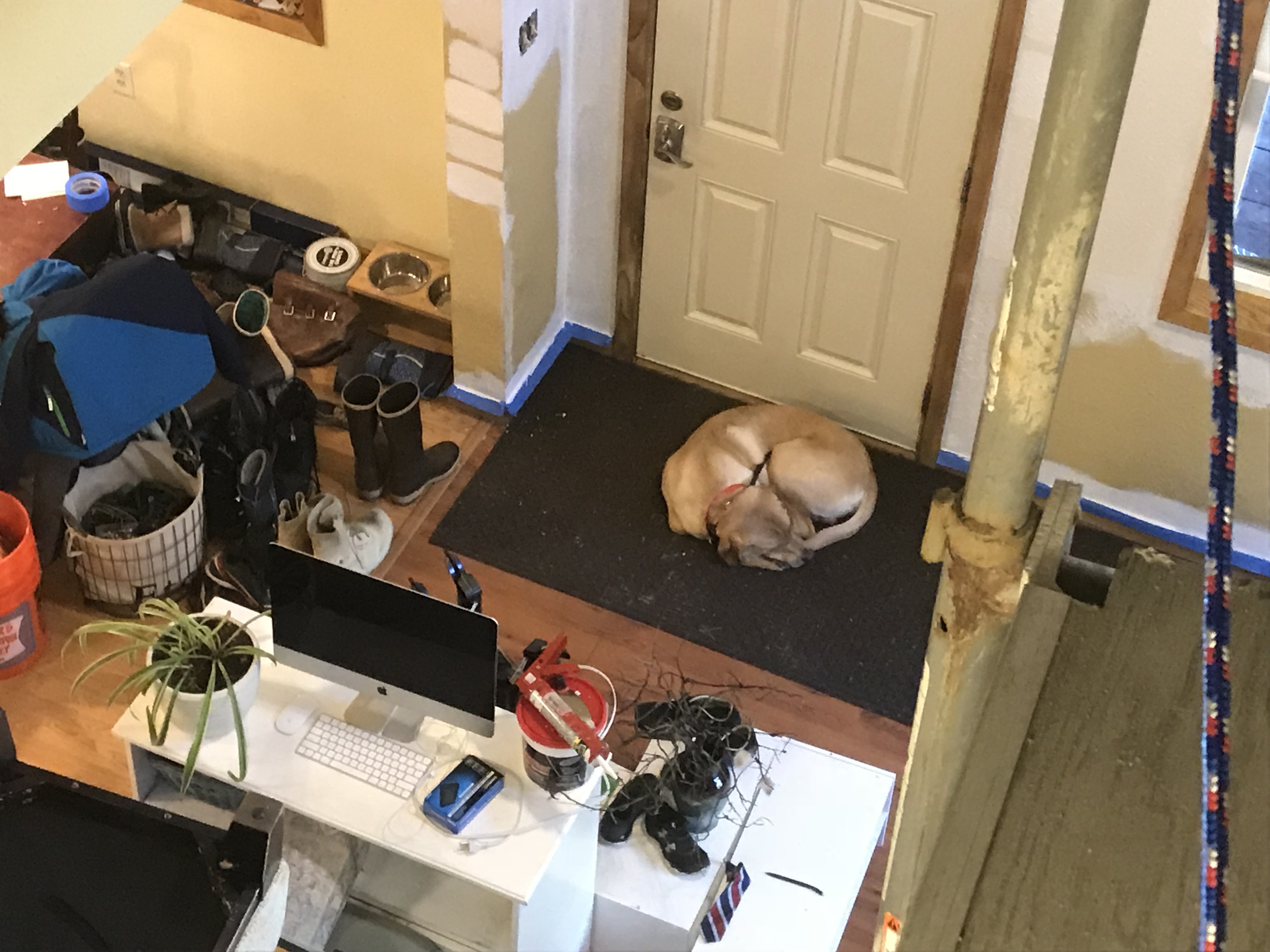 My helper was a better napper. 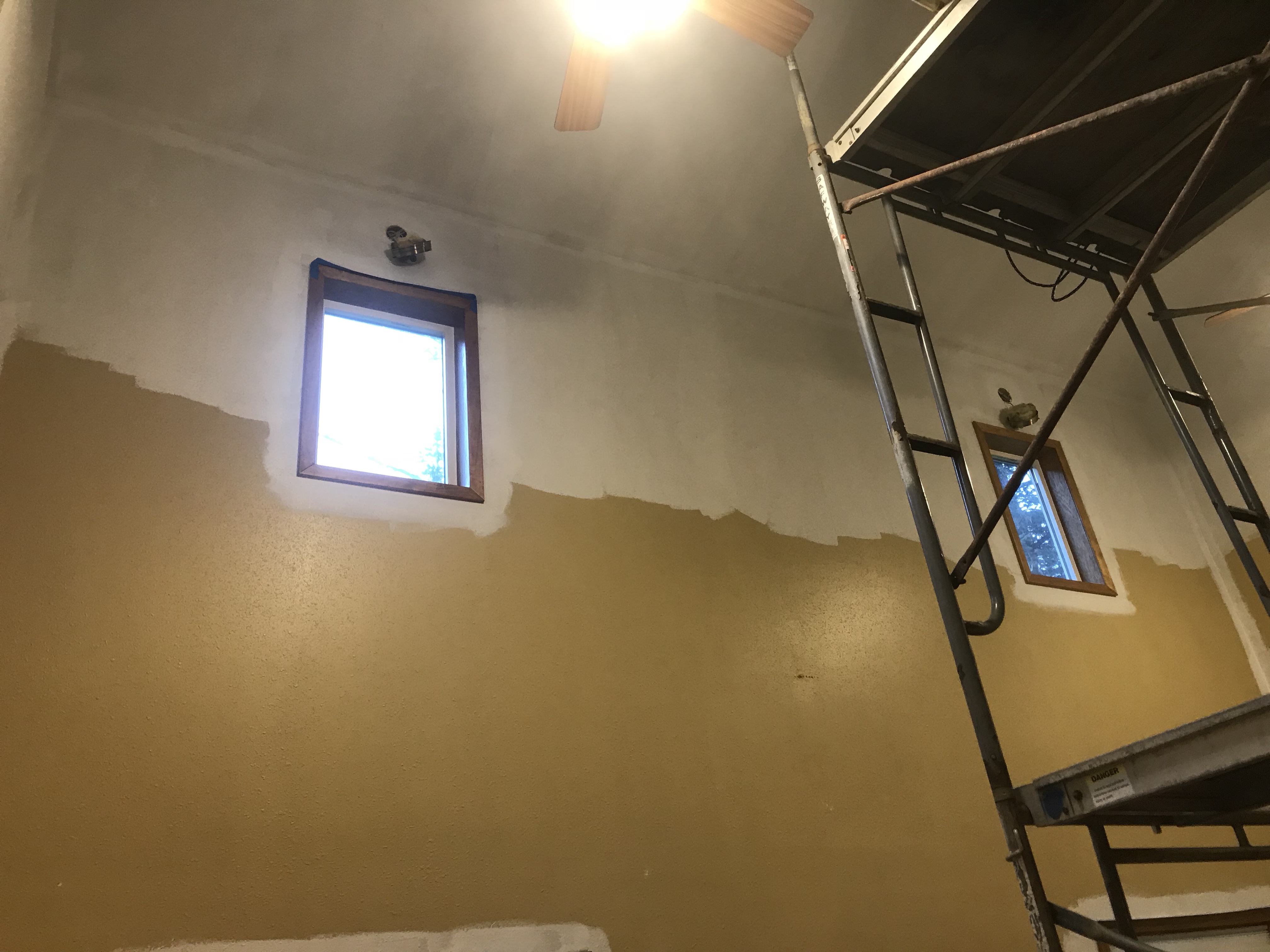 The priming was possibly the worst part.

I was trying to get the heavy bucket up the ladder and very quickly I realized I was not strong enough to get it past the first landing. I tied a nice knot and decided to pull the bucket up. 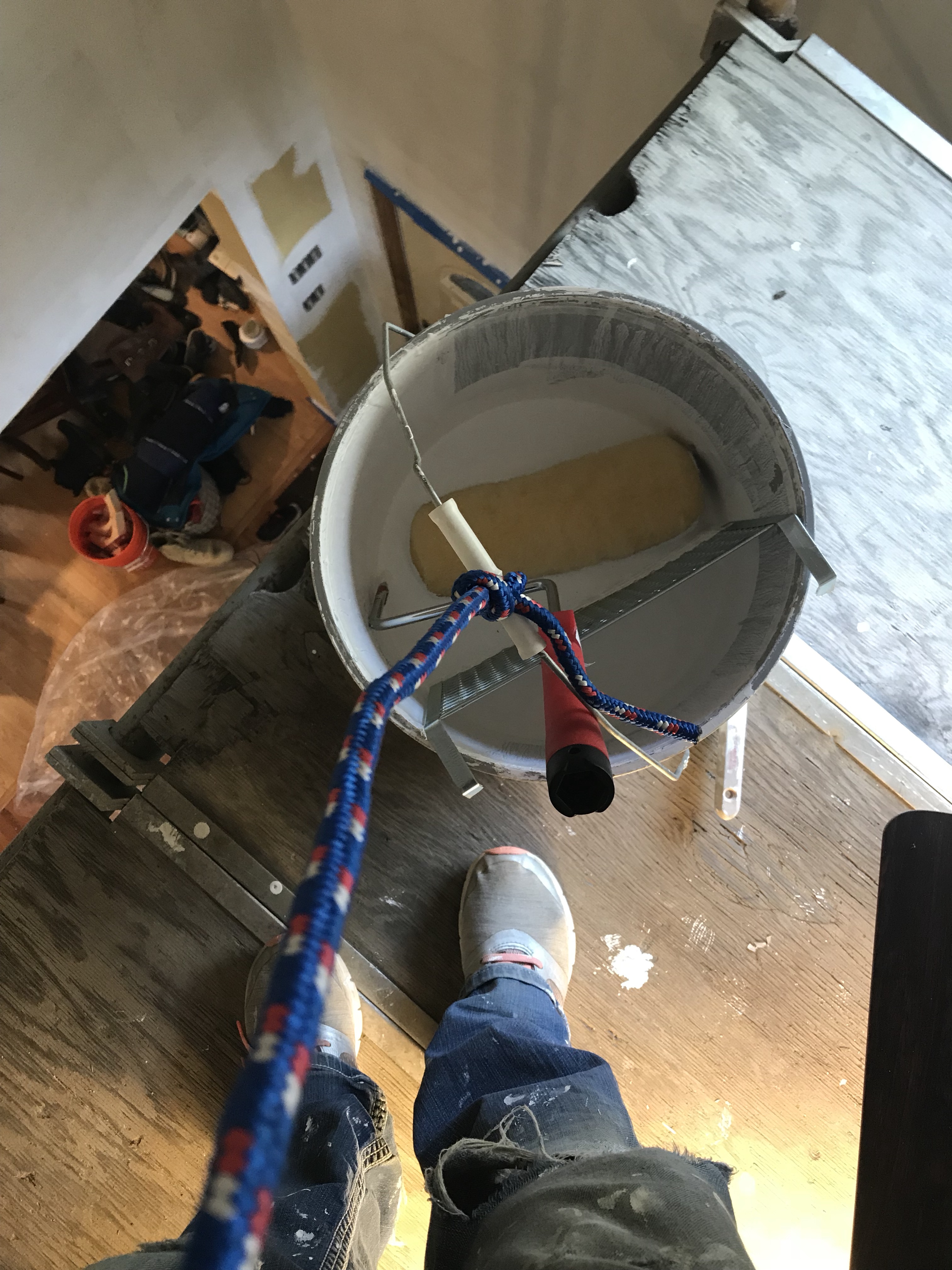 I DID IT! No mess to clean up!

Below is a photo of the ceiling completed with paint.

I had to retire my painting clothes this time. They’ve seen their best days. I have another set of holey jeans and ratty shirt waiting to take their place. 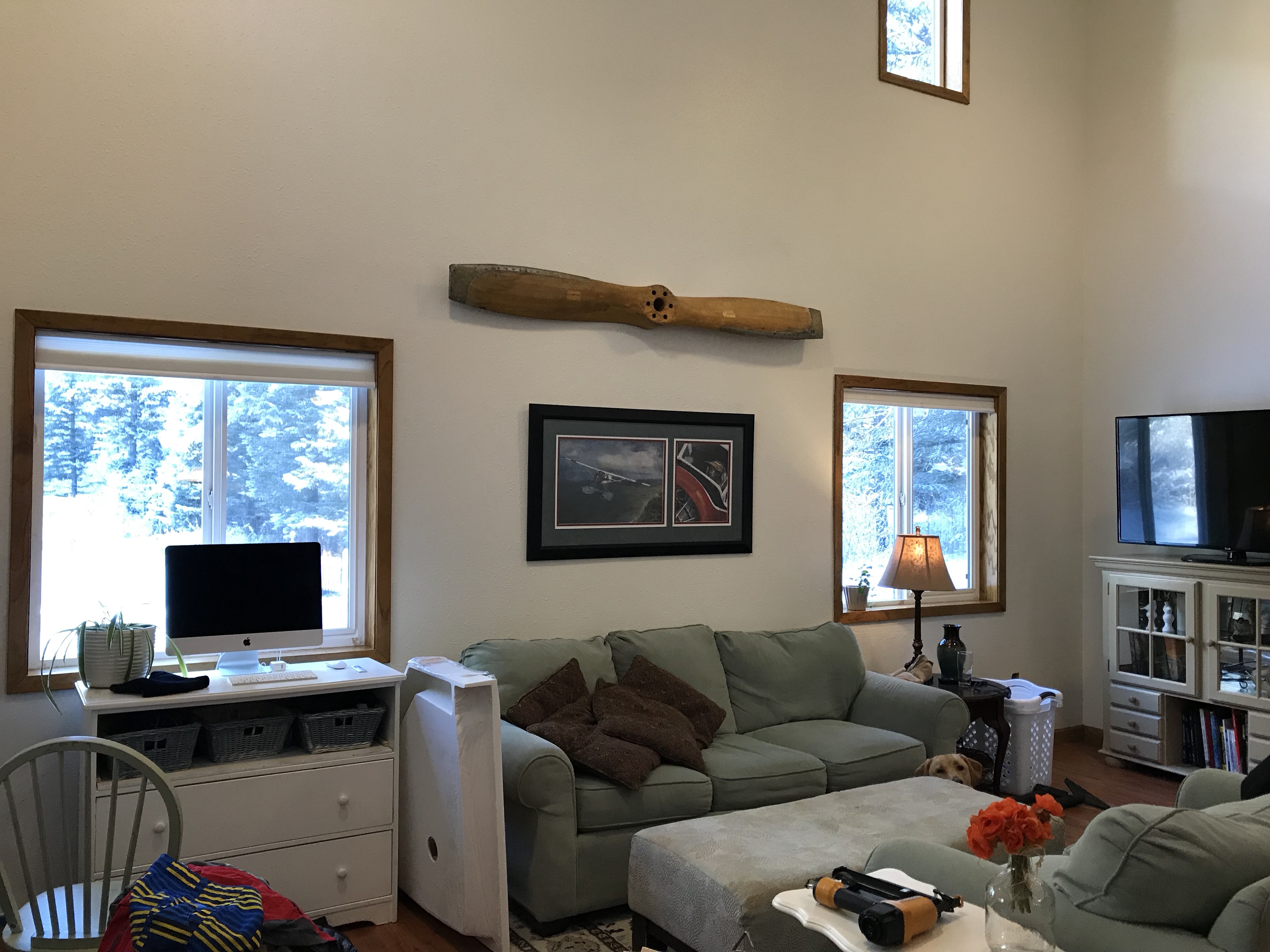 Above are some shots I took of the almost completed living room. Scott started on the bathrooms so I’m not sure when the living room will be 100% complete. Everything left is just little stuff so I’m not too worried.

After completing the living room I’m having difficulty motivating myself to keep going. I want to take a few days to nap on my couch and stare at one finished project. Maybe then I’ll be motivated to keep going.

We celebrated Merrick’s 9th birthday this past week. There’s nothing like a child’s birthday to shove time in your face. We started the day with our ritual chocolate chip pancakes. 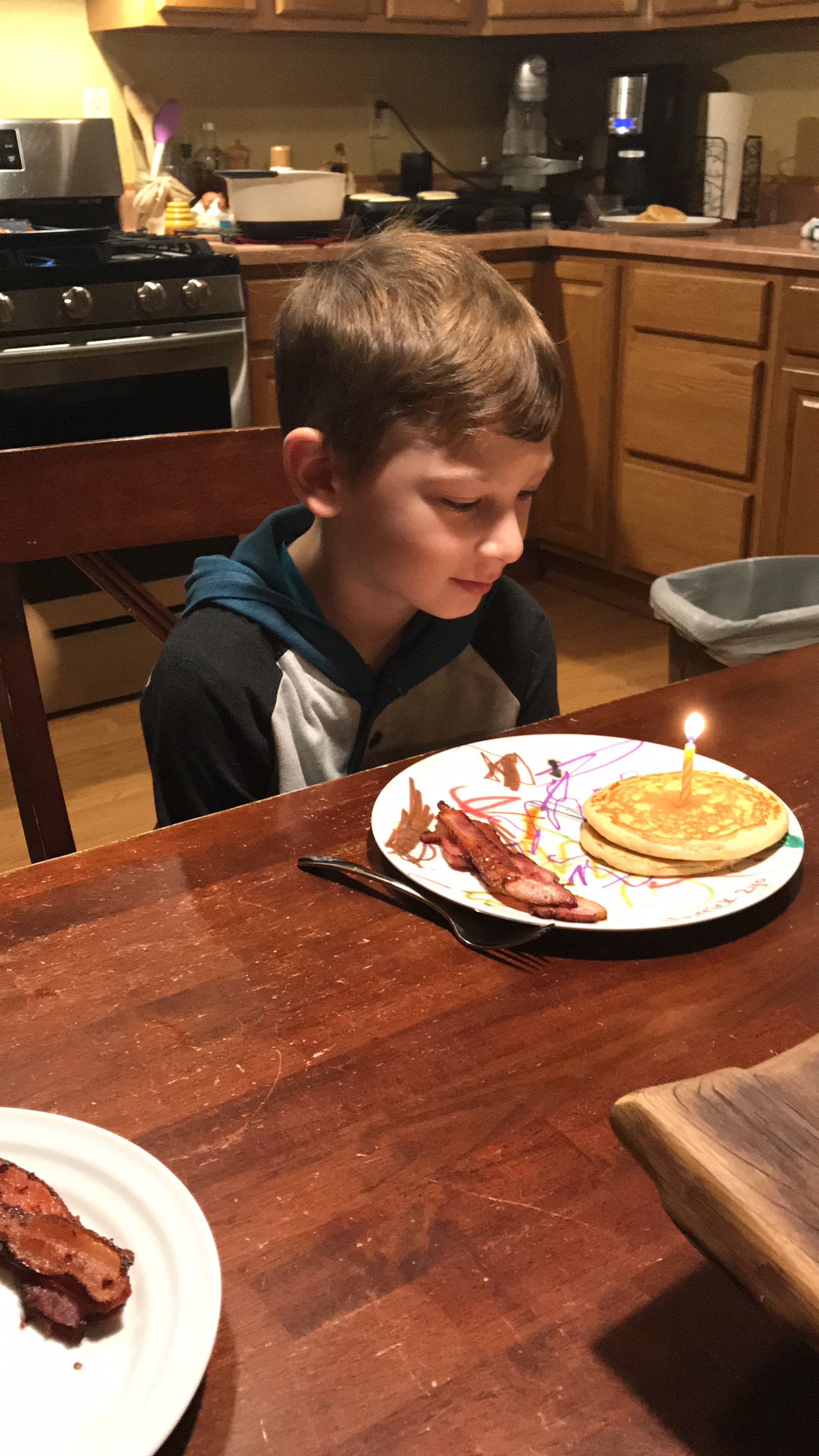 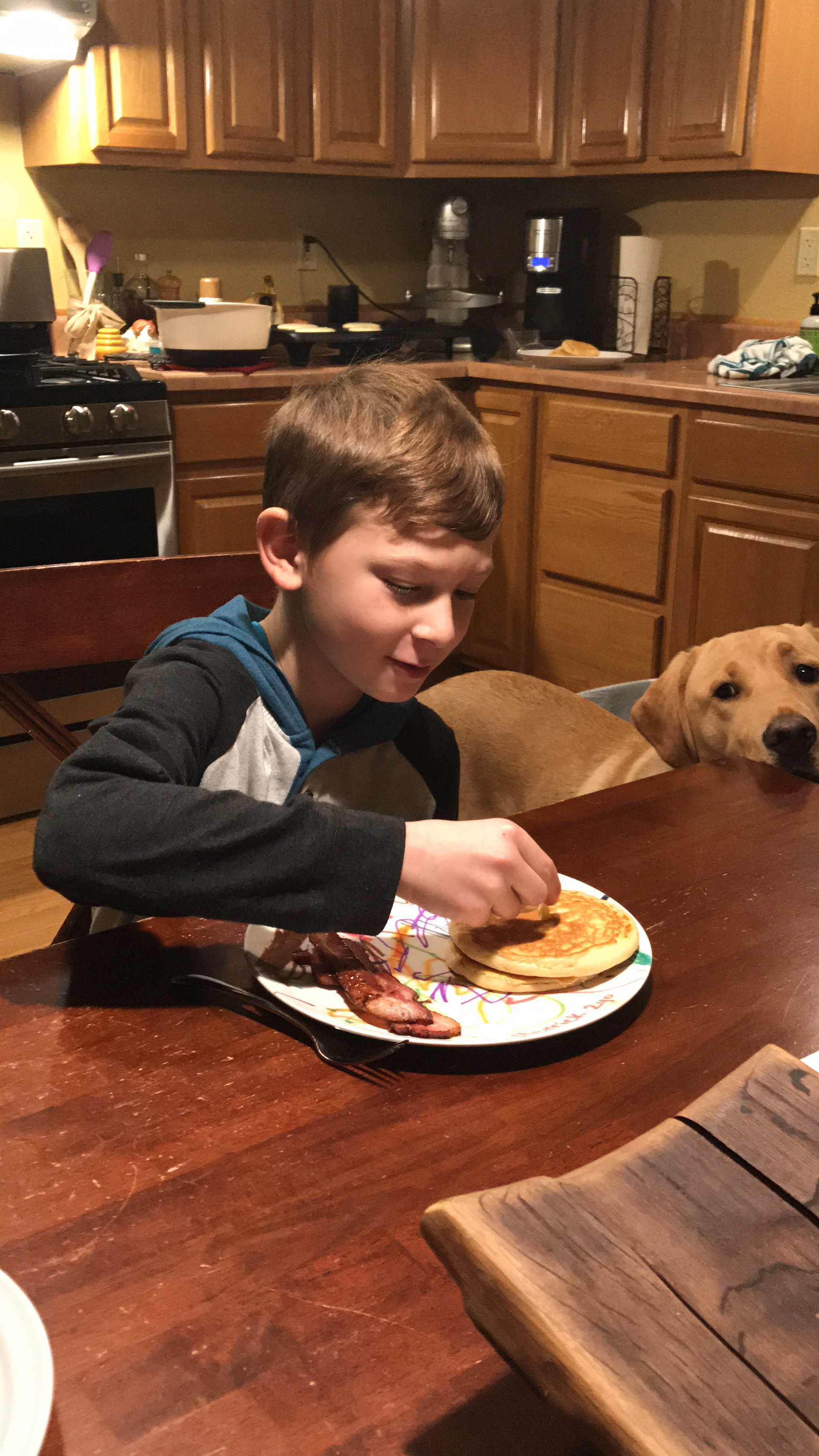 For dinner he chose Cuban sandwiches, fries and Shirley Temples. 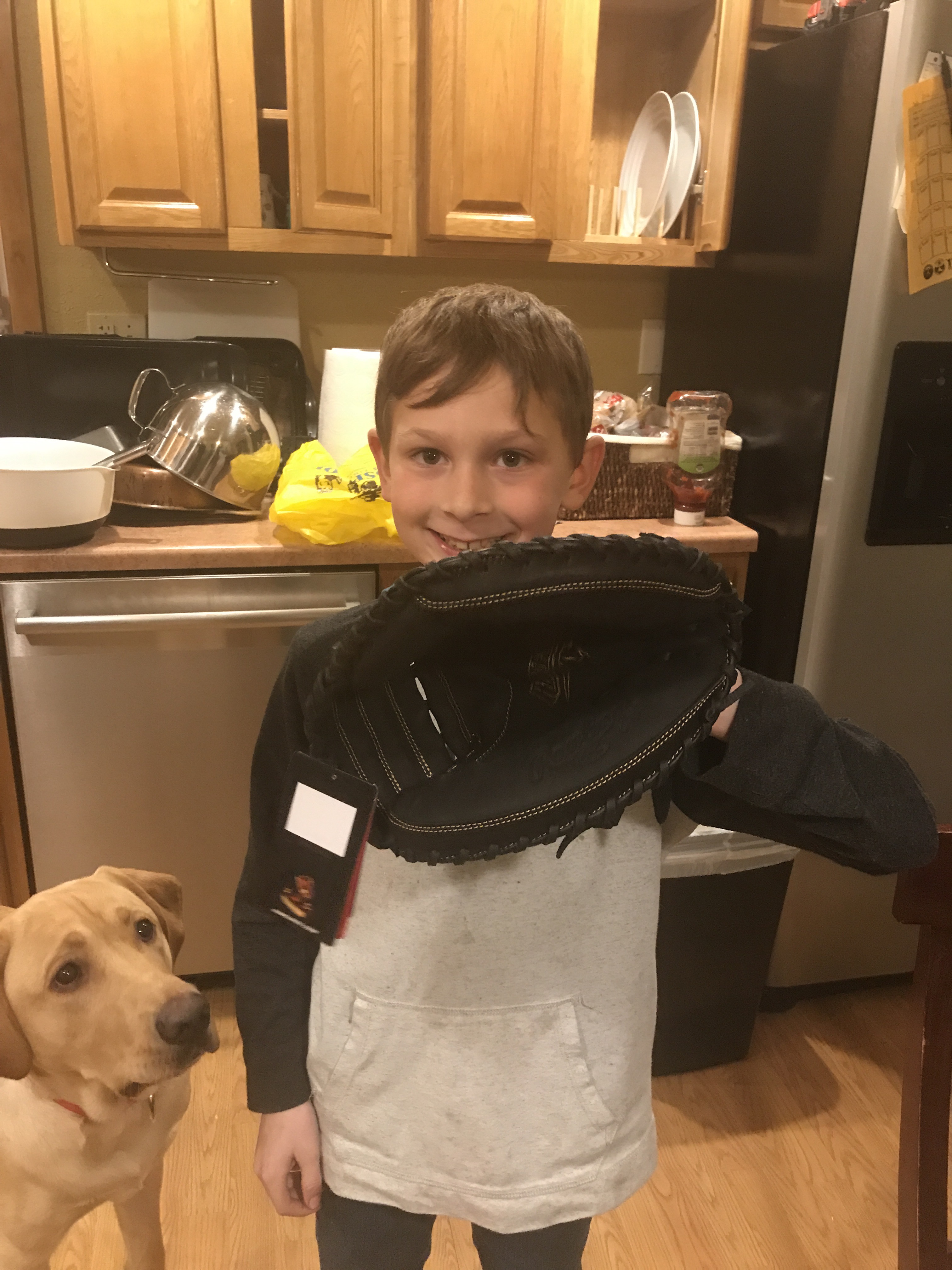 A new catchers mitt for the baseball this summer!

And of course the cake. I didn’t put much effort into the cake because I had something up my sleeve. None of the boys have made good friends here yet so while we were in Fairbanks we orchestrated a surprise birthday party at his favorite swimming pool. Aunts, Uncles, grandparents and close friends all came. Despite the planning, the surprise was a dud since our phones have little to no reception in the pool building. Scott texted to say they had arrived but I got it 2 minutes after he arrived. When we walked down to greet Merrick we walked in the waiting area the same time he did. Surprise?? Oh well. He still had a great time with his best buds! He had the coolest cake! Made by my dearest friend, Tana.

His favorite books lately are the Dog Man series. So Tana decorated the cake just like the character in the book. She did such a great job. The creases in the cake came from the transport but it didn’t ruin Merrick’s love for it or the yummy taste. All in all he had good quality time with his favorite people, cool gifts and delicious cake. Not much more to crave when you’re nine.