We were supposed to wake up early to go watch the sun rise. I woke up at 4:50, but decided to fall back asleep. It worked out well since Scott didn’t sleep well last night. Today we were heading out to surf lessons for Scott and Barrett. Guess who decided he wanted to try as soon as we showed up? Too bad. He had many chances to change his mind. Dingbat.

I used the nice camera to take pictures of the surfers. They both did great! The instructor said they were both naturals. After the lesson we went exploring down the beach before heading home for lunch. 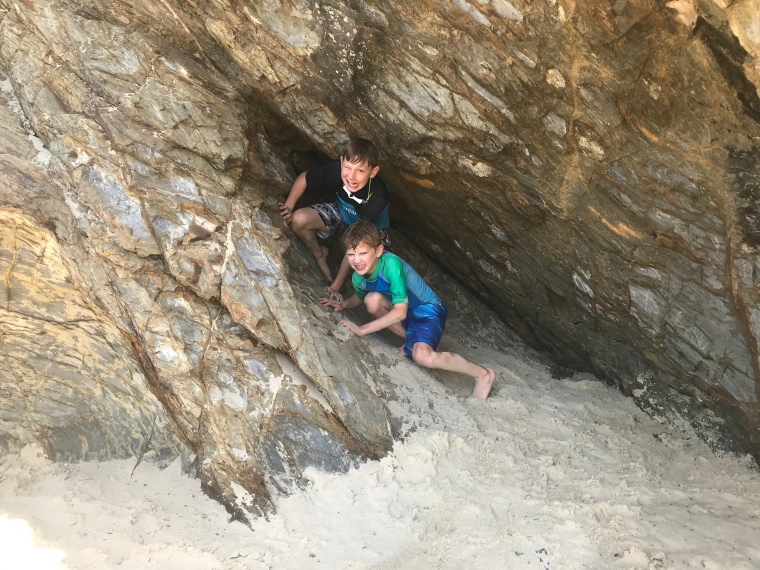 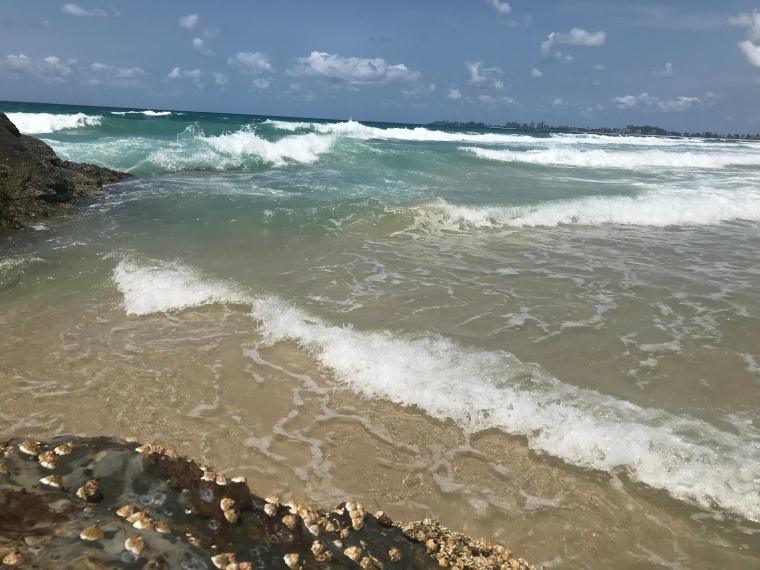 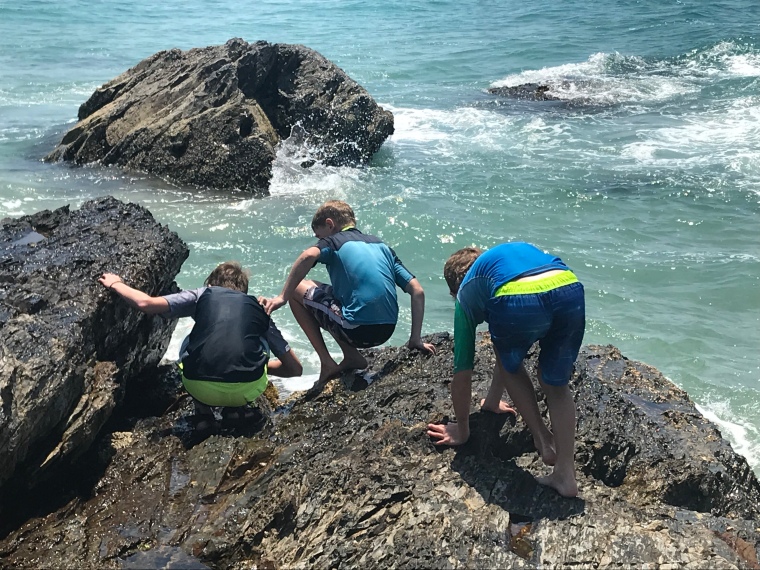 After lunch we relaxed for a bit then Scott and I went off to find a box for the boys boogie boards. When we returned the boys went swimming and I read my book until dinner. After dinner we went to our favorite gelato/sorbet shop for one last treat (we’ll be in Brisbane all day tomorrow until late).

Another wonderful day on the Gold Coast.

Today I had plans to wake up early and watch the sunrise, but that didn’t happen. I woke early just not early enough. We left the house early because we were spending the day in Brisbane. We let the boys bring their devices again for the drive so the car was quiet until we heard clapping. I turned around to see Kierran applauding himself for passing a level in his game. No one seemed to notice. Scott and I just shook our heads.

On our trip we’ve noticed KFC is huge here! There are a lot of McDonalds, and Hungry Jacks (Burger King) but there is a tremendous amount of KFC’s.

When we got to Brisbane we parked in a garage and walked to Pancake Manor. It’s like an IHOP in an old church. Kierran asked for a food booklet. Lol, I guess he lost the word “menu”. The restaurant/church was really beautiful, but unkept. It could use some tidying and a good scrub. 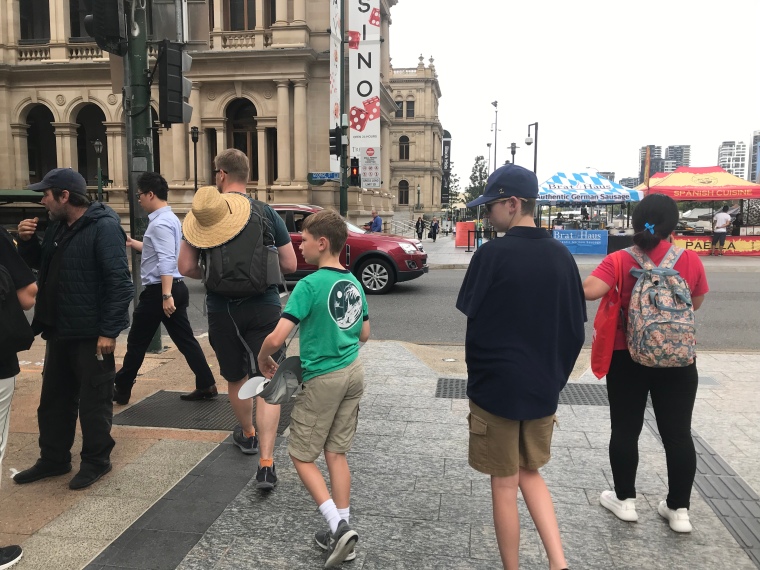 He was pretty serious about his delicious hot chocolate.

The hot chocolate made him sleepy so why not eat laying down. 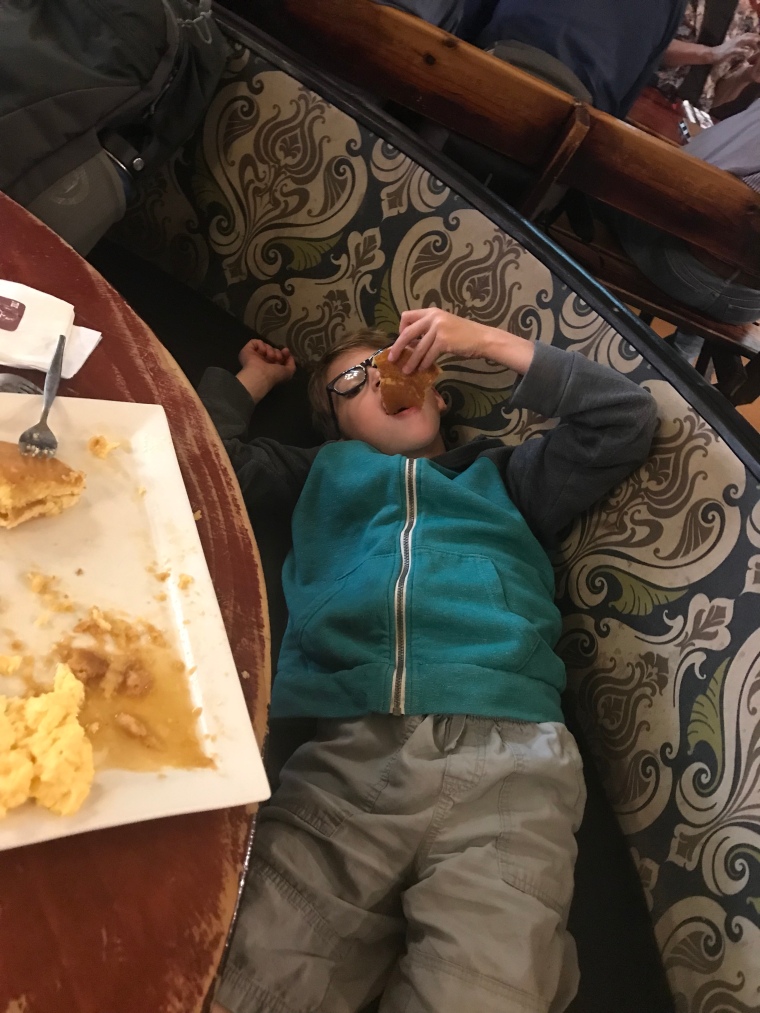 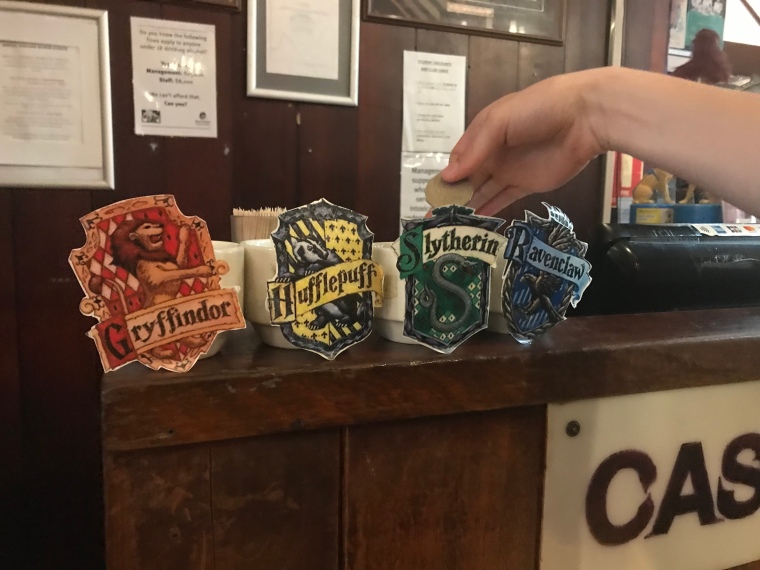 You could tip your favorite house so Merrick got to choose.

After breakfast we walked around a food market and an outdoor mall. The last of the boys’ money was burning holes in their shorts so we shopped until they got what they wanted. Mom and Dad even got a couple of neat things.

Then we walked across the Victoria Bridge to the Queensland Museum. 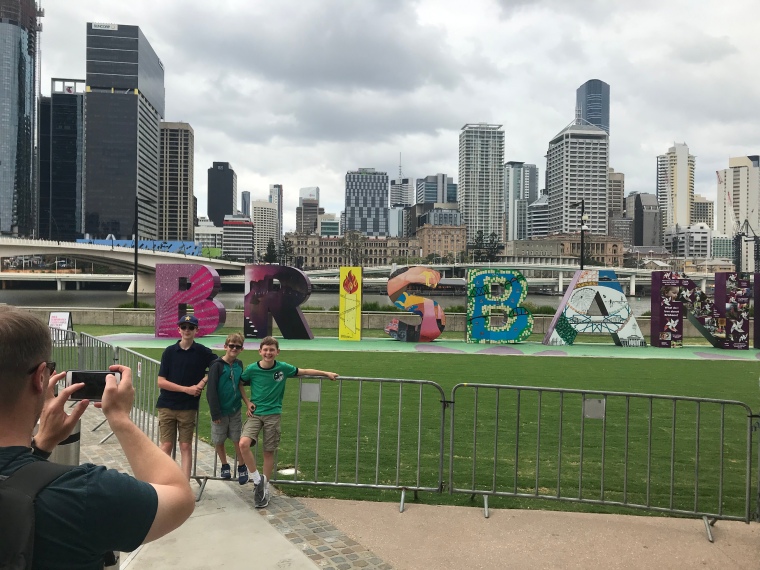 Inside the museum we visited the kids Spark Lab. There was a ton of hands on things for the boys and parents to enjoy. 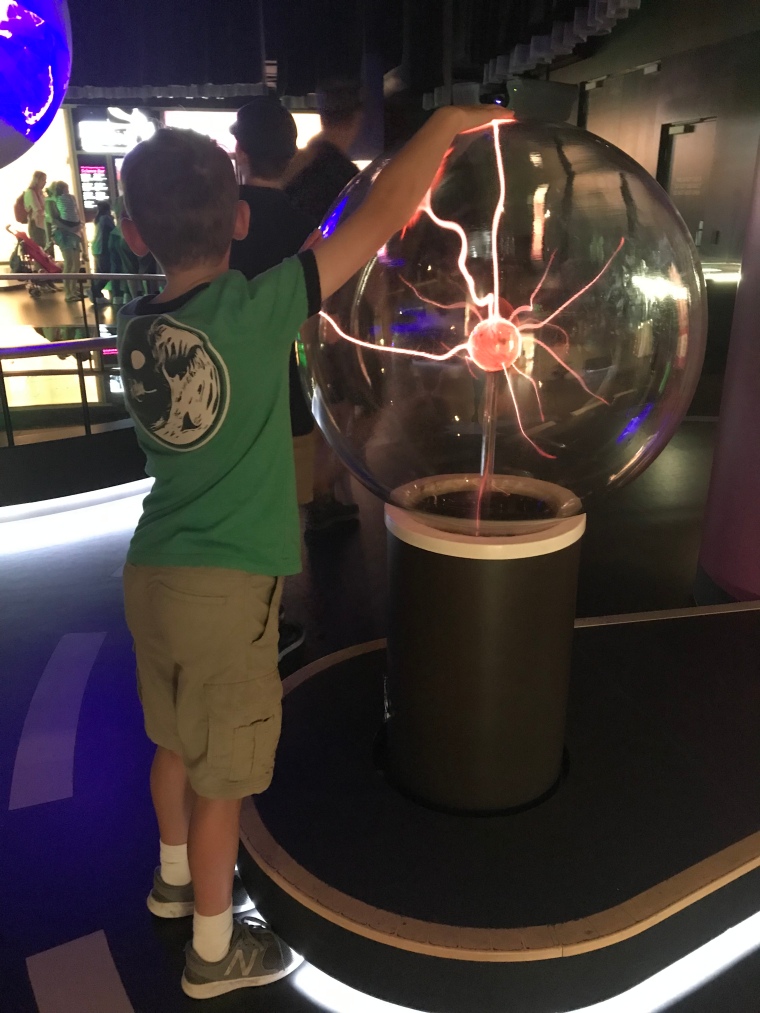 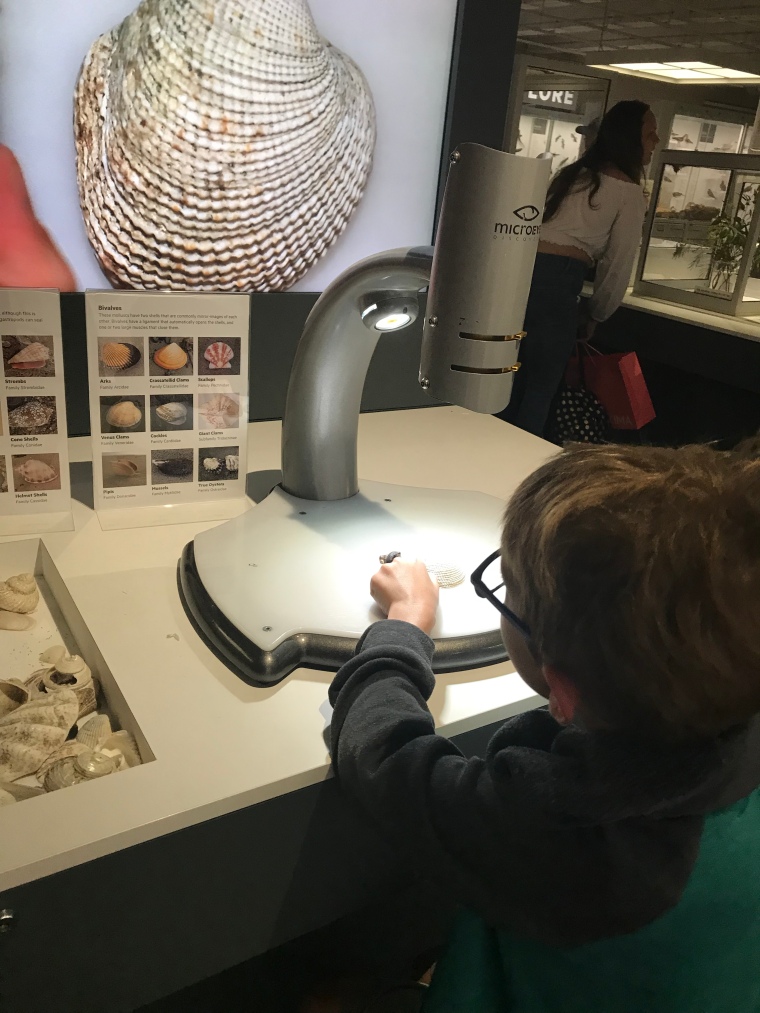 After the museum we took the kids to Hungry Jacks. They say it doesn’t taste the same as Burger King.

After lunch we got an Uber to the stadium for our first cricket game, Sri Lanka vs Australia. We had no knowledge of the game so we didn’t know what to do with the KFC buckets and green signs that said 4 on one side and 6 on the other. We sat down and out of nowhere a lady asked if the kids would like their faces painted and interviewed on the big screen! Uhhh YES! If you have Instagram you can see the video I took of the interview. 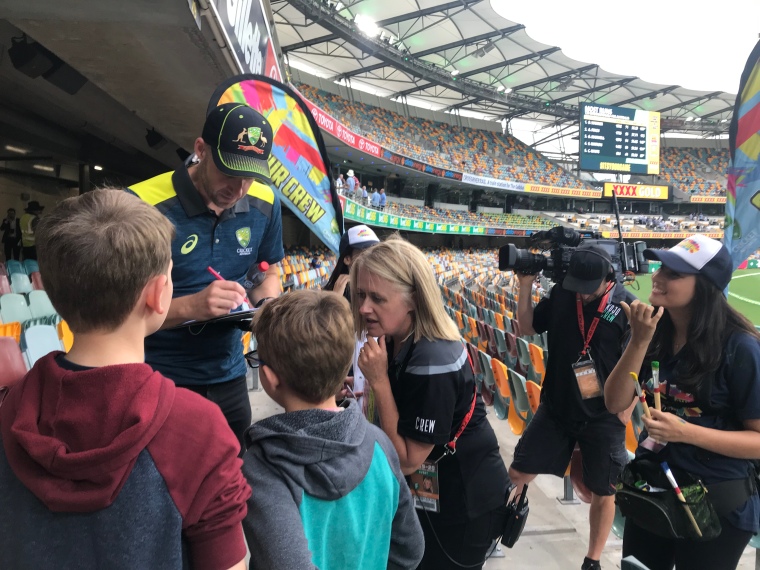 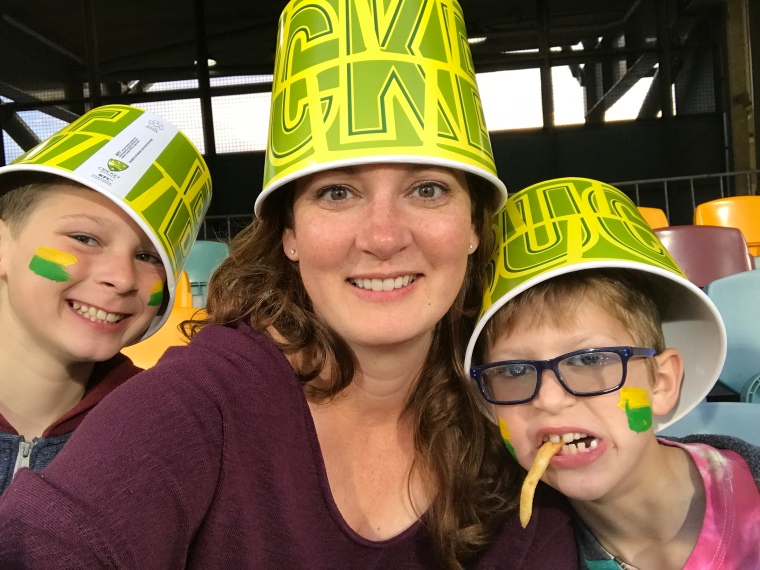 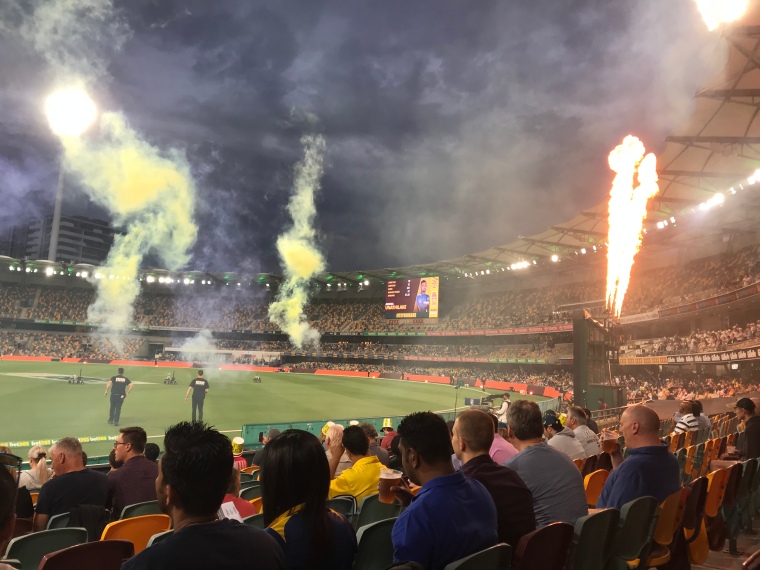 By the end of the game we understood a little bit more about the game. There was no shortage of fireworks, colored gas and flames! We didn’t get to stay for the whole game because we had an hour and a half drive back to the condo and a very early morning ahead of us.

Holy smokes 4am is early. Up, showered, packed and ready to go. We headed out to the airport. Leaving a space you’ve been in for two weeks is weird and makes me feel like I’m forgetting something. Even walking away from the rental car felt weird.

Once we were on the plane the boys were invited to trick or treat in the galley. Halloween is just starting to catch on in Australia so the flight attendants were eager to treat the only kids on the flight. The attendants set up a cute display with ghosts, pumpkins and candy. Our boys gratefully ate all they had.

We are all exhausted, but have two flights ahead of us until we are back in AK.